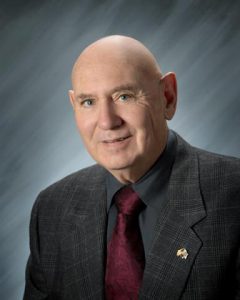 City of Auburn  elected William “Bill” Kirby as mayor for the next year. Bill has said this is his last term on the council. Music was presented before the 6:00 p.m. meeting by the Placer High Jazz band to the enjoyment of the audience waiting. Council Member Sandy Amara proposed Bill for Mayor and was seconded by Matt Spokely who was elected to be Vice Mayor for the year. At his first public meeting today at Meddlers, Bill said the City was in excellent Fiscal shape but with the increase in costs and obligations the city will face a sales tax increase in the future.