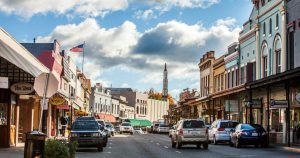 A man was shot and killed yesterday shortly before 1:00 p.m. at the intersection of Oak and Walker drives in Grass Valley. A call came into the dispatcher reporting a man with a shotgun over his shoulder was walking on Squirrel Creek Road. When Nevada County Sheriff’s and Grass Valley police arrived, and approached the man, they requested that he drop the weapon several times which he refused. A taser was employed but had no effect. Officers then fired their service weapons and downed the man. First aid was administered but he was prouncced dead later at Sierra Nevada Hospital. Previous police contacts with the man, he made statements like “suicide by Cop” and a previous weapon had been seized from the suspect. Identity has not been released.