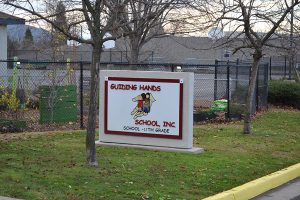 More information is coming out as the death of juvenile Max Benson at the El Dorado Hills Guiding Hands School for special Children advances into the court system in El Dorado County. The Teacher, along with other teachers who restrained Max after a spitting incident at the school, and the administrator of the school, all appeared in El Dorado County Court this week to answer a civil lawsuit against them and the school by Max’s family. Court documents also allege the school had previously injured other students with similar controversial-prone restraints. State law restricts when and how long school staff can hold a child in behavioral restraints. The state determined the school did violate that law. The suit alleges teacher Kimberly Wohlwend held his upper body while teacher Betty Morgan held his legs, and claims he vomited and urinated on himself while he was restrained for nearly two hours. It goes on to say it took the school nurse 10 minutes to respond after staff called for help and waited “25 minutes after Max was rendered unconscious” to call paramedics while he aspirated and went into cardiac arrest. Another fact appears that the teacher involved is still employed and credentialed as a special education teacher at Pollock Pines.