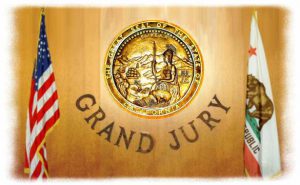 The Placer County Grand Jury final report and recommendations for 2018-2019 has been officially submitted to the Superior Court of Placer.  The final report contains 8 individual reports of activity, investigation, findings and recommendations. One of the reports, the investigation into the water connection refund at the City of Lincoln was released earlier this year. The other seven covered the Placer County Super Court collection of Placer County Debt in which 8 to 10 million dollars are collected yearly. There were no recommendations. A revisit was made to the Sheriff’s office tracking of telephone and fax calls received. The Sheriff’s office and the county had responded that a system did exist which appeared to be contrary to what was reported, and was investigated again. It was determines that a tracking system does not exist. The report states that it’s apparent that is a lack of understanding of the role of the grand jury amongst county employees. A report on the P25 radio system purchased and implemented in the City of Roseville at 7.1 million dollars and complaints the system was not working as designed causing concern on public safety has improved by the Police Department and the vendor. Public safety for the 114 schools and the 18 districts that serve 63 thousand students have shown diligent efforts to secure the schools and keep students safe. The report on the All American Speedway progress on securing proper Environmental Impact Reports on their project and securing applicable county permits have not been completed and states the county needs to explain why it has completed it.  The Jury also recommended that the Juvenile Detention Facility consider expanding educational programs to include technical and vocational training opportunities for juveniles. The state mandated investigation into Placer County Jails and Associated facilities resulted in the statement: Conditions and management of the Placer County jails met the standards established by the California Board of State and Continuity Corrections.  Any concerns raised by BSCC were resolved by jail management.