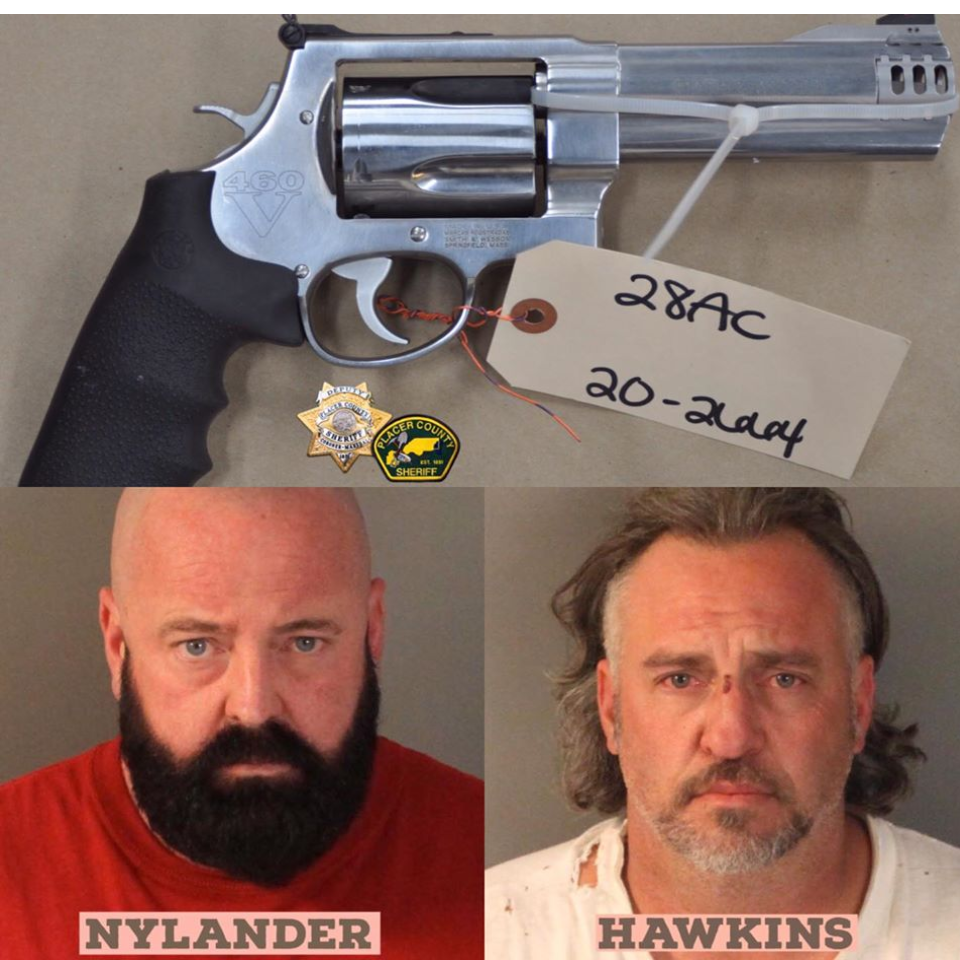 Two men on Mt. Vernon Road were arrested following Sheriff detectives serving a search warrant at a home there. Philip “Dusty” Hawkins and Karl Nylander were both subsequently arrested after Meth, heroin and numerous illegal weapons were found. Hawkins was charged with transporting and selling a controlled substance, illegally possessing an assault weapon, being a felon in possession of a firearm and being a felon in possession of ammunition. Hawkins’ bail is set at $250,000. Nylander was charged with illegally possessing an assault weapon and storing a firearm which can be accessed by a child. Nylander is ineligible for bail.