Snow In September in The Sierra

Home » News » Local News » Snow In September in The Sierra 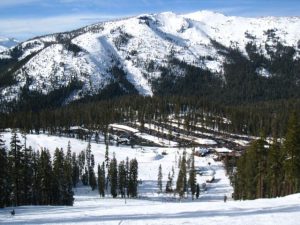 The National Weather Service reported that Temperatures Sunday morning in Sacramento set a record low for the area when Sacramento Executive Airport reported a low temperature of 45 degrees. The previous record was 1986 at 46 degrees. Storms passed through the area starting Saturday and Sunday. Predictions of rain, hail, and heavy downpour continue to be forecast, and winds are variable from zero to 15 MPH throughout the entire area. Rain is forecast through Monday and areas of the foothills could see up to a ¼ of an inch of rain. The Sierra Nevada is also expected to see some precipitation through today, with 4 to 6 inches of snow forecast at Donner Pass, up to 2 inches at Echo Pass and as much as a foot at Lassen Park.

The NWS warned that road conditions over the mountains will be unfavorable. Travelers can expect slick roads, reduced visibility and delays. The Weather Bureau did report a tornado outside the city of Davis on Saturday evening. There were several videos of the disturbance which was categorized as a wind storm up to a tornado. The NWS has now classified this as an official Tornado in the city of Davis.