Those arrested for DUI in El Dorado County, especially repeat offenders and those involved in fatal or injury crashes, can expect to face highly trained, specialized prosecutors, funded by a $195,677.00 grant from the California Office of Traffic Safety (OTS). The grant to the El Dorado County District Attorney’s Office will fund a Vertical Prosecution team that will work cases from arrest through conviction and sentencing.

“This Vertical Prosecution Grant has proven to be very effective in our county,” said El Dorado County District Attorney Vern Pierson. “The grant allows us to fund a highly trained and sophisticated team of professionals to vertically prosecute DUI offenders. The message is clear: If you decide to drive under the influence of drugs or alcohol in El Dorado County, our VerticalP rosecution Team will hold you accountable for your actions.”

In 2014 there were 13 deaths and 45 serious injuries as a result of DUI crashes in El Dorado County. Funding from this DUI Prosecution Grant will aid the El Dorado County District Attorney’s Office in handling cases through each step of the criminal process from crash scene to sentencing, prosecuting both alcohol and drug-impaired driving cases.

Prosecution team members will work with California’s Traffic Safety Resource Prosecutor Training Network to expand knowledge and resources in the office by obtaining and delivering specialized training, including the emerging problem of drug-impaired driving. Team members will share information with peers and law enforcement throughout the county and state.

While alcohol remains the worst offender for DUI crashes, the El Dorado County District Attorney’s Office supports the new effort from OTS that aims to drive awareness that “DUI Doesn’t Just Mean Booze.” Prescription medications and marijuana can also be impairing by themselves, or in combination with alcohol, and can result in a DUI arrest.

Funding for the program comes from a grant by the California Office of Traffic Safety, through the National Highway Traffic Safety Administration. 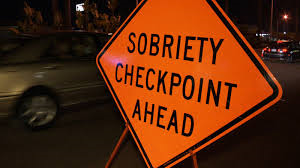