The Lincoln Potters have released their 2018 schedule, along with a sneak peek of some of their promotional nights, in advance of their Ticket Mini Plans going on sale at 8:00 a.m. Cyber Monday, November 27.

The Ticket Mini Plans for the 2018 season include a Fireworks 5-Pack, Thirst Quencher 8-Pack, 10-Game Flex Pack, and the Potters 12-Pack. All Mini Plans can be upgraded to include a meal plan for just $3/game.

The Potters 2018 schedule consists of 30 home and 30 road games, pitting them against the five Great West League teams, 12 times each. Replacing the Portland Pickles and Yuba City Bears in the GWL are the Klamath Falls Gems and the San Francisco Seals. They join the Potters, defending champion Medford Rogues, and Yuba-Sutter Gold Sox to round out the six-team league.

The free Fan Fest will kick-off the season on Sunday, May 27 at 6:05 p.m. at Historic McBean Stadium in downtown Lincoln. This year’s Fan Fest will include live music, food trucks, and on-field interaction with the players and coaching staff that includes a meet-and-greet autograph session down on the field.

Opening Night, presented by Gladding McBean, on Friday, June 1 will commence the Potters’ second Great West League season as they take on the San Francisco Seals.

The final regular-season home game will be Fan Appreciation Night on July 29.

The Potters are offering $1 off single-game ticket prices for groups of 10 or more. Group Nights for 25-200 fans in the VIP tented area known as The Kiln, with all-you-can-eat meal plans starting at $16 per person.

A full-season schedule of games and promotions can be viewed at lincolnpotters.com. 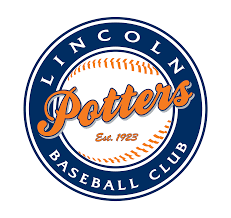