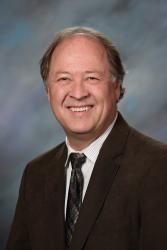 Roseville City Manager Rob Jensen announced yesterday that he would retire June 29. Jensen, 56, told the Press Tribune that he has been thinking about the change for some time, and that he wanted to ensure when it was announced, the city wouldn’t be left cold.

The city council will meet in closed session at City Hall at 1 p.m. today to discuss appointing a new city manager. That person would serve on an interim basis after Jensen leaves, while the council reviews candidates for the permanent job. A press release from the city Tuesday morning said the council would “conduct a nationwide search for Roseville’s next city manager,” whom they expect to hire by the end of summer.