The Sacramento County Board of Supervisors approved $44 million to be spent over the next three years on a homeless prevention program that has been promoted heavily by Sacramento Mayor Darrell Steinberg.

Often, the main point of contact for many living on the streets comes inside hospital emergency rooms. With that being said, the county will now partner with the city of Sacramento by first providing better coordinated care in emergency rooms, especially those with mental and physical ailments. Services would include mental health and substance abuse treatment.

It marked a reversal for county leaders on the Whole Person Care project aimed at channeling homeless people into housing. For months, supervisors have rebuffed Steinberg’s push for a joint effort between the two local governments.

Dealing with homelessness is traditionally a function of county government, not cities. But Steinberg has faced mounting pressure on the homelessness issue, with critics wanting more city action and an end to the city’s anti-camping ordinance.

The most recent homeless count released in July found 3,665 people living without permanent shelter in Sacramento County and 2,000 of those people living outside. The total number of homeless was the highest number the county has ever recorded.

About one homeless person has died every week while living on the streets of Sacramento County over the last 15 years, according to a report by the Sacramento Regional Coalition to End Homelessness documenting the deaths of 776 people between 2002 and 2016 who the Coroner’s Office determined were homeless. 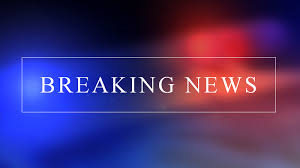