Snow Levels Higher After Recent Storm, But Still Below Average 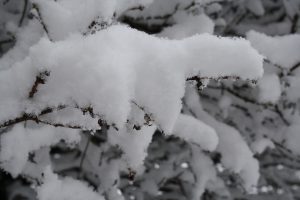 Yesterday’s snow survey at Phillips Station tells a more positive story than it did before the recent storm, but totals are still well below average according to the California Department of Water Resources. Despite the recent late-winter storm that brought much-needed snow to the Sierra Nevada, the snow water equivalent is just 9.4 inches, which is 39 percent of normal for early March.

The snow survey conducted on Monday was the second measurement at Phillips Station for this snow survey period. The Phillips station, near the intersection of Highway 50 and Sierra-at-Tahoe Road, is one of 260 that are surveyed manually throughout the winter.