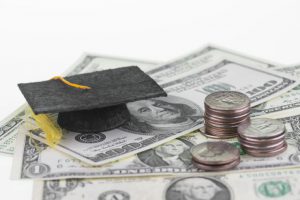 Senate Bill 86, a plan by leading Democrats, was presented yesterday aimed at getting schools in the state back to in-house education by Mid-April. Many communities are protesting and demanding to be told why not opening NOW rather than waiting 45 to 50 days or longer from now?
The bill allocates nearly $6.6 billion in state funds to schools, $2 billion of which must be used to reopen. That leaves 4.6 billion left over. Schools will also have access to an additional $6 billion in federal funds. So total funds of 12.6 billion dollars are available but only 2 billion for re-opening which now leaves 10.6 Billion dollars left over.
Question should be where the 12.6 billion dollars is being spent on a process that occurs every year in California anyway and is in current budgets. We do know that Covid-19 preparations are part of it, but some districts have already partial re-opened and spent that Money. Question, is there an accounting of this spending? We are talking about many billions of taxpayer money!
According to the release yesterday, the plan would send the state’s most vulnerable students back to in-person instruction by mid-April at the latest and require county public health departments to make COVID-19 vaccines available to onsite teachers and staff. But what about the majority of not-vulnerable students and when they are guaranteed back to in-house education?
Lawmakers said they hope to pass Bill 86 on Monday. Bill 86 parallels much of Gov. Newsom’s plan he submitted January, but re-opens classrooms later than he wanted. It is also unclear how many students will actually be back in classroom education status in 60 days in California.
There are many unanswered questions on this plan which everyone should continue to ask the political community to explain in detail. Detail should be available since they have detailed the budget requests to get the grants and support of the various government agencies.