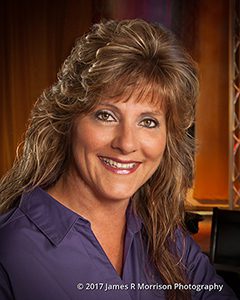 “We are very pleased to appoint Suzi as our new veterans service officer,” said Placer County Deputy County Executive Officer Bekki Riggan. “We all owe it to our veterans to make sure they receive the recognition and support they deserve. Suzi will be a tremendous advocate for Placer’s veterans and their families.”
Vinci’s duties will include working in partnership with other Placer County departments to provide service and assistance to veterans and their dependents in accessing the state and federal benefits earned by their military service. Placer’s Veterans Service Office can help with access to compensation, pensions, survivor benefits, education, vocational rehabilitation, home loans, life insurance and burial benefits.
“I am excited to carry forward Placer County Veterans Service Office’s mission to help make a difference for veterans and their families in the community,” said Vinci. “I want our veterans to know that our department wants to have a relationship with them and that they can come to us in their time of need.”
Vinci comes from a strong military family with a total of four generations serving in the United States military, Vinci has served more than 14 years combined in the U.S. Navy and Navy Reserve.
Her military awards include the Navy Achievement Medal, Good Conduct Medal, National Defense Medal with Bronze Star, Global War on Terrorism Medal, Volunteer Service Medal, Overseas Ribbon with Bronze Star and Recruiting Ribbon.
Vinci began her veteran services career in early 2007 as a state service officer for American Veterans. She transferred to Sacramento County Veterans Services in 2013 and in December 2014 became a Placer County Veterans Service Office team member.
Passionate about working with the underserved and unserved veterans in our community. Vinci is a member of the Veterans Affairs Northern California Healthcare System and the Women’s Health Steering Committee, and was appointed as the director of the Women Veterans Alliance South Placer Chapter.
In 2015 Vinci was featured in the Huffington Post article, Do You Know What a Female Veteran Looks Like? The feature stemmed from a local campaign, “What Does a Woman Veteran Look Like?” put on by the Women Veterans Alliance and James R. Morrison Photography, featuring portraits and personal stories of women veterans.